The day Lisa passed away, the house was full of people. Kila came in and said Dad, there’s a deer out there. That was the first time we noticed Spike. A year old spike buck. We saw him a lot that summer.

Early this summer I started seeing a buck walking up the road in front of the house. His antlers weren’t developed yet but the main beams were wider than his ears. When they finally filled out he ended up with a nice eight point rack. Not a spike anymore but we still call him Spike.

There’s a young doe that comes around like Spike. Sometimes together, sometimes they come alone. She’s the only other deer that Spike seems to spend time with. We see other deer from the house but Spike has nothing to do with them. 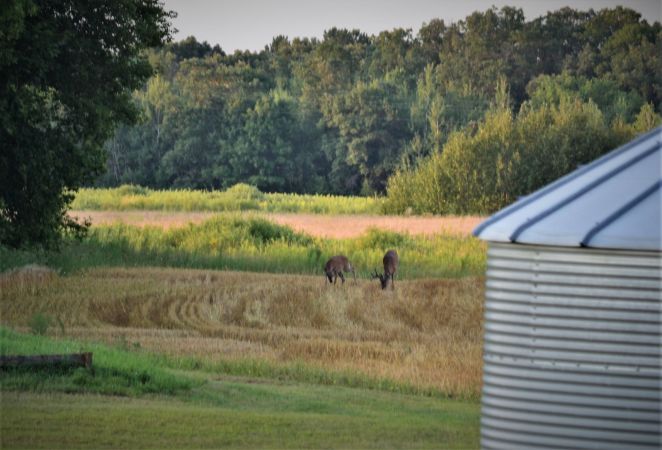 He sees us and hears the dogs barking at him. Doesn’t seem to mind. 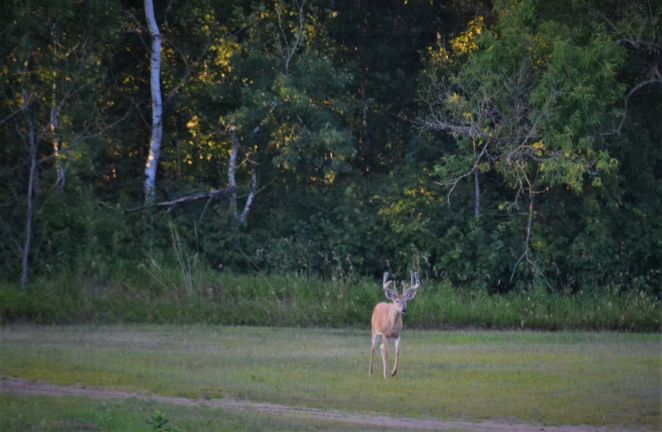 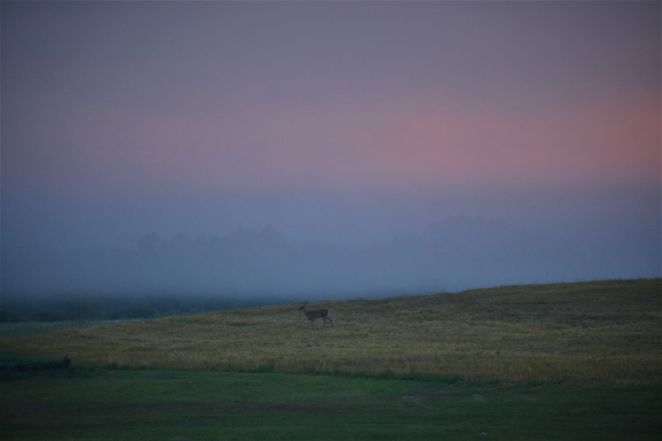